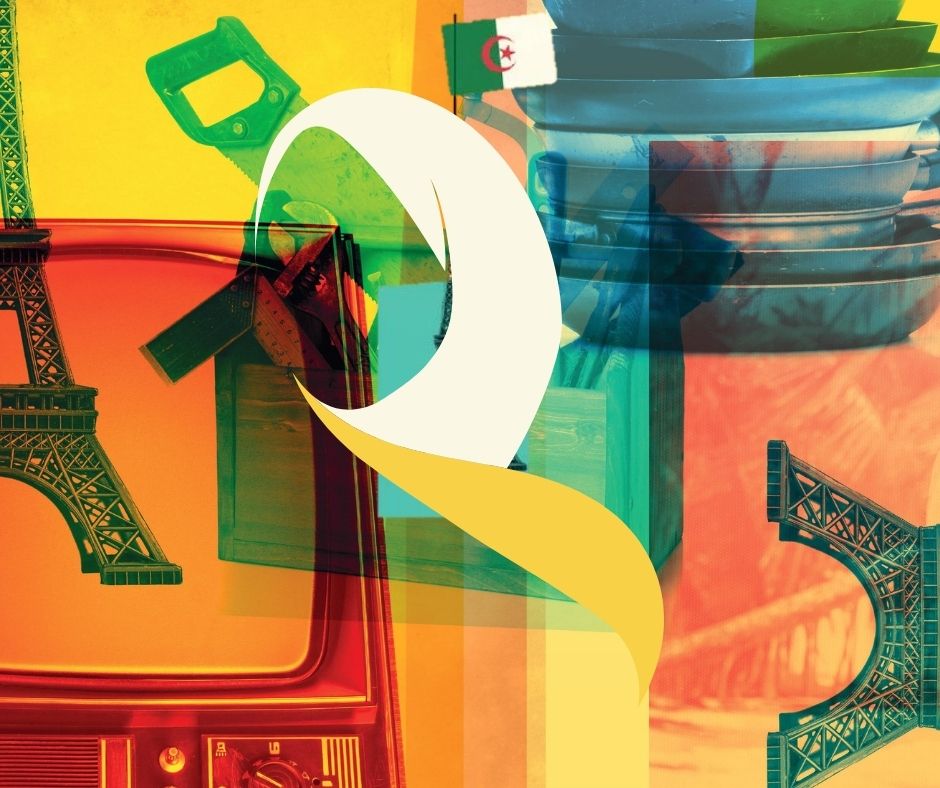 ‘It’s the contradiction I find shocking… I mean, to be fully French, you have to deny part of your heritage, part of your identity, part of your history, part of your beliefs, and yet even when you succeed in achieving all of that, you’re still endlessly reminded of your origins…. So what’s the point?’ – Mourad, Men Don’t Cry

Faïza Guène’s Men Don’t Cry, translated into English by Sarah Ardizzone, takes a look at the lives of an immigrant family in Nice, France as they navigate issues of identity crisis and feminism instigated by their estranged first daughter, Dounia. On September 11, 2001, Dounia decides to leave the family for freedom and this takes a toll on her traditional and overbearing mother, Maman, her siblings Mina and Mourad, and her stroke-incapacitated father, Big Baba.

Men Don’t Cry navigates the aged discourse of traditionalism and modernity from a unique and layered perspective. Guène relies on Maman’s love for the old country and traditional outlook to parenting, Mourad and Mina’s pastoral love and romantic reflections for Algiers, and Big Baba’s conservative attitude to material things spurred by his history in Algeria, to reimagine the traditional lives of Africans living in a Eurocentric world like France. Dounia, the estranged first daughter rejects all this, choosing instead to wholeheartedly embrace the cultures of her inherited home: France.

From childhood, she wants to be different: be born into a different family and live a different life, one she comes to term “freedom”. Her quest for freedom takes a huge toll on the family. She becomes the hijacker of the family’s peace on September 11, 2001, leaving with a promise to never return. Her extremist views on the traditional life of her family takes her to Paris where she fights for women’s rights and becomes a fast-rising politician; a weapon for the far-right to push Islamophobic policies forward.

This new Parisian world in which she finds herself demands a specific type of feminine expression from her, one that goes against and actively condemns the home in which she was raised. Even more concerning is the position she takes on feminism in the French political space, looking to push for an assimilation that requires a singular, Eurocentric femininity to be accepted.

Guène’s Men Don’t Cry raises important questions on how to parent a child. Contrasting perspectives are presented with Julie’s French family against Dounia’s Algerian one. From Dounia’s young perspective, Julie’s parents are ideal – offering freedoms that are lacking in her strict family home. The dichotomy of existing publicly in a particular culture while being raised privately in another is one that Dounia and Mourad struggle to reconcile. However, it is clear that the parents also struggle with these contrasting realities.

While Big Baba and Maman’s traditional excesses may be called into question under the feminist microscope that consumes Dounia’s world, it is clear that they truly love their children. However, as first-generation migrants to France with sustained ties to Algeria, they have no rule book for how to navigate parenthood, something that Guéne makes clear in the way she discusses their approaches to parenting. There is a clear soft spot for Maman whose struggles to fully assimilate make her near prisoner in the home, more content to see the world via the television than by stepping outside.

Guéne’s writing of all characters is sympathetic, allowing for the reader to empathise with each character while also being critical of their faults. Every perspective, even the staunchest is presented as stemming from experience and condition. This is most clear in the exploration of the relationship between Miloud; an Algeria migrant and Liliane, his older rich, Parisian lover. Sex and partnership as survival for the handsome migrant is presented complexly and beautifully. That both parties are using each other is clear, but the real emotions of care that exists also is.

Life’s complexities and lack of singularity are laid bare in Men Don’t Cry, shown is so many layered ways to particularly highlight how reductive and unrealistic Islamophobia in France is.

Guène effortlessly employs flashback. It becomes a trope into visiting the past. Everywhere the action turns – Dounia’s estranged and Feminist life, Maman’s undiluted, yet overbearing love for her children, Mourad’s teaching experience, Miloud’s Parisian dreams – the past is always there to navigate the present. For the characters, the past defines their identity. At night when they revisit their past, respective of their political stance, ideology or social status, the masks come off.

The constant reference to memories of a peaceful pastoral Algeria, references to terrorist attacks – domestic and international – that changed the perception of the characters, Liliane’s previous marriage, Miloud’s jail time, all aid the understanding of the characters, their battles and decisions. The past, the memories, defines the identity of the immigrants, yet this is the sole thing the French assimilation policy seems to rip out.

Guène’s diction is simple, conversational, free flowing, and often sarcastic. The writer knows when to throw in some sarcasm that makes communication free flowing and smooth. Sarah Ardizzone perfectly captures the nuances of humour and sarcasm that pepper this novel and makes it feel real, relatable and warm.