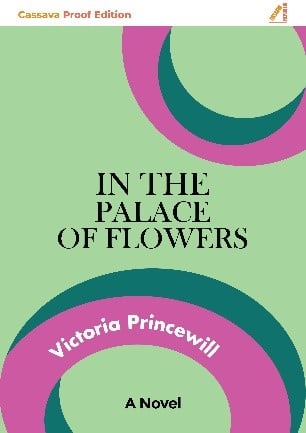 In The Palace of Flowers

In The Palace of Flowers is an atmospheric historical novel about Jamila, an Abyssinian slave, whose fear of being forgotten, of being irrelevant, sets her and Abimelech, a fellow slave and a eunuch, on a path to find meaning, navigating the dangerous and deadly politics of the royal court. Princewill vividly recreates the court of the Iranian Shah in the 1890s, a precarious time of growing public dissent, foreign interference from the Russians and British, and the problem of an ageing ruler with an unsuitable heir. Love, friendship and the bitter politics within the harem, the court and the Shah’s sons and advisors will set the fate of these two slaves.

Victoria Princewill (Manchester, 1990) is a British-born management consultant-turned-writer. Educated at Oxford and UCL, with a BA in English and MA in Philosophy, her work on race and contemporary culture has been published by the BBC, the Guardian, the Independent, the London Review of Books and n+1 magazine. She co-founded a TEDx series whilst a student, and in her spare time she attends philosophy salons.

There should just be ranked voting. If there was, I’m fairly certain Warren would be the nominee at the end. https://t.co/jqRZWVYKhY
View on Twitter
0
0
Victoria Princewill FRSA @vpofrances

Yeah, this is literally nuts. https://t.co/U1o8Ki8zxh
View on Twitter
Tom Perriello @tomperriello
Hey @politico editors, @ewarren is raising her hand to ask why you left her name out of the headline about the beating she delivered. https://t.co/C6L6s91L7n
0
1
Victoria Princewill FRSA @vpofrances